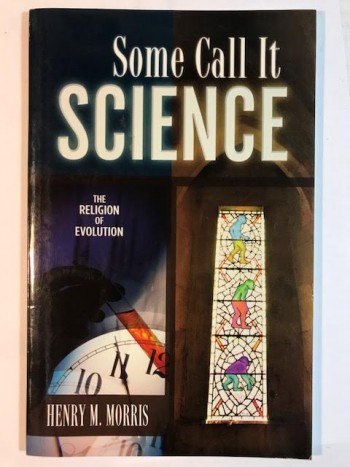 Some Call It Science: The Religion of Evolution

Clean, sturdy and unmarked. In this powerful booklet, Dr. Henry Morris explains the true nature of evolutionary and creation belief. Evolution claims to be scientifically-based but is actually an expression of the religion of naturalism and contrary to real science. Creationism comes from Scripture yet is strongly supported by science. While evolutionists attack creationists for mixing religion with science, evolutionists, themselves, are often blinded to the fact that their own belief system dictates their view of science. Sadly, some Christians compromise Biblical doctrine by mixing evolution with the Bible's foundation, creation. In this booklet, Dr Morris illustrates the religious nature of and the scientific case against evolution by using evolutionists' own words. Explore the ancient pagan roots of modern evolutionary belief and the doubts evolutionists have about the validity of their beliefs. Further explore the importance of belief in creation to the gospel and true Christianity. Will you choose to believe what God has said?

Title: Some Call It Science: The Religion of Evolution

Some Call It Science: The Religion of Evolution