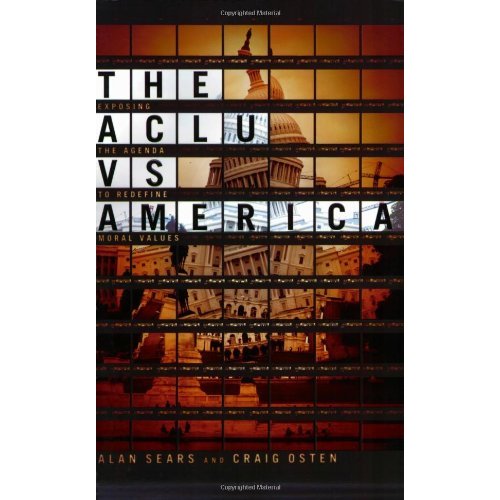 The ACLU Vs America: Exposing the Agenda to Redefine Moral Values

By: Alan Sears and Craig Osten

As a result of the work of the American Civil Liberties Union and their war on America, we now live in a country where the church has been progressively silenced, parental authority has been undermined, children are less safe, and human life continues to be cheapened-both at birth and death. While the ACLU and its allies in the media have positioned themselves as the great defenders of freedom, they are in reality eliminating the freedoms of millions of Americans. Sadly, most Americans are unaware of the extreme positions of the ACLU. But there is hope. Many Americans are waking up to the dangerous agenda of the ACLU. The ACLUvs. America will clue readers in to the culture wars afoot and will equip them to become effective agents for liberty and freedom against the ACLU's onslaught.

Title: The ACLU Vs America: Exposing the Agenda to Redefine Moral Values

The ACLU Vs America: Exposing the Agenda to Redefine Moral Values