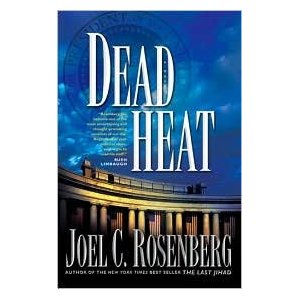 The stage is set for war. Oil prices are surging to record highs. A new dictator is rising in Iraq. China is threatening Taiwan. North Korean forces appear ready to strike south. Israel is feverishly trying to complete the Third Temple. And in the midst of a world ready to explode, American president James MacPherson's second term is ending. Now as a fiercely contested presidential election campaign approaches, America faces its greatest threat ever . . . One from which it might not recover. From New York Times best-selling novelist Joel C. Rosenberg comes an explosive new political thriller addressing the question of what, if any, role the United States will play in the end times. This book is sure to provoke discussion and controversy, along with fervent hopes that this frightening vision of the future will not come true.