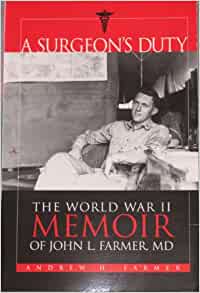 Inscription: Signed by the Author

In the 50 days that followed the Japanese attack at Pearl Harbor, John L. Farmer put his civilian surgical practice on hold to a hastily organized U.S. Army evacuation hospital that was one of the first medical units to go overseas in World War II. With little military training, wearing winter uniforms and equiped with obselete gear, Farmer and his few soldiers neaded for the uncertain situation in the southwest Pacific. The Japanese appeared unstoppable and American commanders were unsure where the task force would land. Letters and diaries written during the three and a half years Farmer ser... View more info