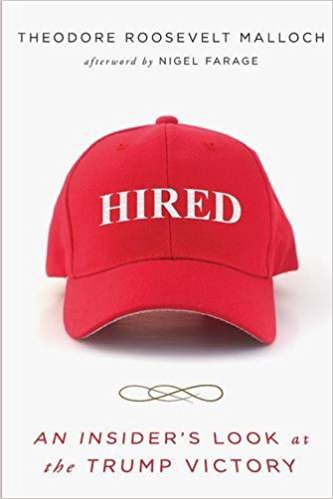 Hired: An Insider's Look at the Trump Victory

Donald Trump's victory is a movement against the establishment and in Hired that movement is best explained. "Just as Brexiteers mobilized a people's army, so too has Mr. Trump mobilized the people in the United States. Brexit is a story of a grassroots campaign, of putting on one's walking boots on, delivering leaflets, and going out to meet people in their communities. The same way that Donald J. Trump mobilized people in the United States" (from the Afterword by Nigel Farage). On the night of November 8, for hours millions of Democrats stood with their mouth gaping or openly weeping. ...
View More...